The Blastrac BMR-85D is a multi-functional and hydrostatically driven machine. It has a side shift and an on-board dust collection system with big bags which removes airborne particles and contaminants such as paint, surface residues, rubber and debris. The BMR-85D can handle multiple attachments, for different applications, such as:

The removable shot blasting head is excellent for treating the potential danger of aquaplaning and grip loss. This machine is particularly well known in the airport industry to remove rubber on runways. It also improves surface texture which increases grip. This helps to prevent accidents and runway excursions. The BMR-85D has a daily performance of around 2.000 m² on runways. 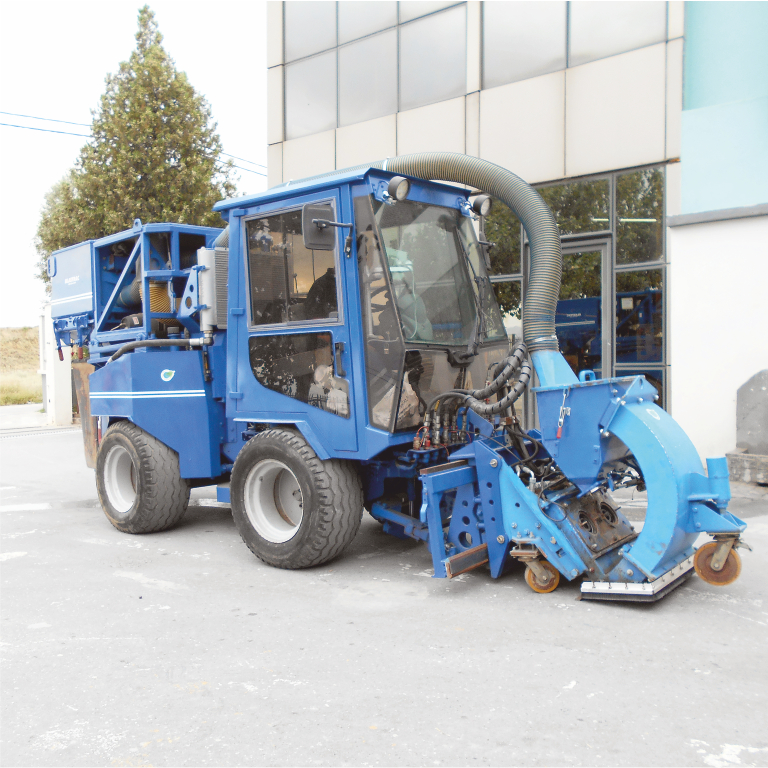 The Blastrac BMR-85D purchased by ENANA (airport authoritiesin Angola) for the purpose of rubber removal at the airport of Luanda, was shipped to Angola in a 20ft container with all the required equipment. At the moment, they have a blasting job of 10.000 m² with the potential to blast the whole runway.

Luanda airport and other airports in Angola, will be treated from now on with our environmentally friendly system where performance and manoeuvrability is combined.
This makes the shot blasting technology the best solution for these purposes.

The BMR-85D is a complete ready to use professional solution for the surface preparation of large horizontal surfaces.

The system features a butterfly valve to seal the dust outlet when removing or replacing the industrial “super-sack” bags, allowing little-to-no dust to be re-introduced into the surrounding environment.